Part of the Florida For Grown Ups Blog.

If you’re a sport lover and you find yourself in Florida somewhere between September and February, you have the option of taking in a live football game.

The National Football League (NFL) is becoming quite big in the UK now, with games played at Wembley each year and more and more Brits getting into the sport. So what could be better for any die hard fan than to watch a live game in its homeland and see what all the fuss is about?

There are three NFL teams based in the State of Florida: the Tampa Bay Buccaneers, the Miami Dolphins and the Jacksonville Jaguars – so, take your pick.

I can’t lie; I’m not a fan of American Football. Not at all. Not even a bit. But my other half loves it, so each year we make a pilgrimage to Raymond James Stadium in Tampa Bay to watch his favourite team play.

There’s no denying – love or hate football, the NFL puts on a fantastic spectacle, with fireworks, parachutists, cheerleaders and – if you’re watching Tampa Bay – a canon that fires every time the team gets a touchdown! That’s pretty cool in anyone’s book. 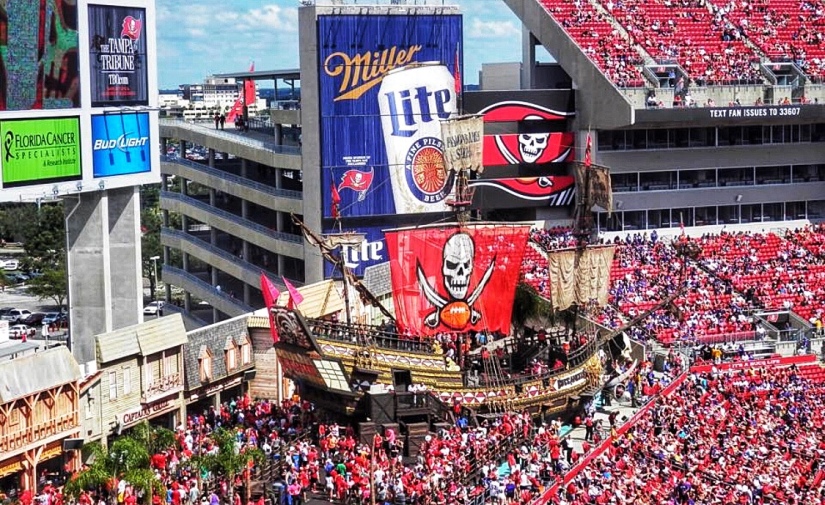 A typical NFL game lasts around 3 hours, but in my experience, this can often go on longer. Make sure you go prepared; Raymond James is open air and it gets mighty hot up in those bleachers! Sun cream, a baseball cap and a bottle of water are the basic requirements when watching the game. Be aware though – especially women – you can only take a 12 x 6 cm clear bag into the stadium and no liquids are allowed. Of course, you’ll find there are plenty of water (and beer) sellers in the ground to stock up from.

I guess you’re wondering how much a ticket to the game costs? Cost is pretty much down to how good or bad the home team are. The good news: Tampa Bay are – how can I say it kindly? – not exactly league favourites. Therefore, tickets to watch them play at home come cheap. For a standard seat in the bleachers, you’re looking at around $35. That’s pretty good for an afternoons entertainment!

Of course, if you go and watch a lesser team play away to one of the more popular teams (think Patriots or Saints), you’re looking more along the lines of $100 per ticket. The moral of this story: support the underdogs, watch home games and save a few bucks; everyone’s a winner!

Tailgating is something of a pre-game ritual in the US. This sees parties of fans gather round their cars, grilling bbq food, drinking booze and generally having a great time – hours ahead of the game starting. With this comes some parking issues in the lots closest to the stadium. But don’t worry, the best advice is to get there an hour or so before the game and park up on a Tampa residents front yard – no really – this is common practice on game day, with people selling space in their gardens for between $10 and $20. Cash only, of course – and left at the car owners risk. We’ve found this to work fine for us but if you’d rather air on the side of caution and park in a dedicated place, you’re best booking your space upfront, online, for a premium. 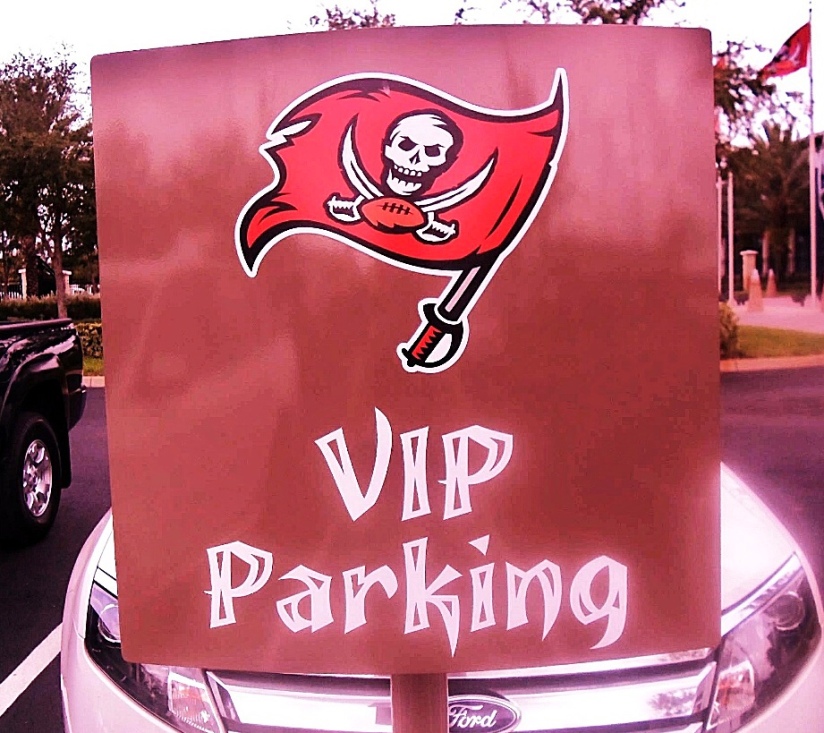 Did you know? The NFL may be planning to base a team – probably the Jacksonville Jaguars – permanently in London! So, if you don’t find time to see a game when you’re holidaying in Florida and then kick yourself afterwards, all might not be lost after all!

Go back to the main blog.